I took my first yoga class when I was in my mid-thirties. But my first guided embodied practice based on a mindful breathing technique in yoga, occurred more than a decade before and it literally saved my life.

When I was 20 years old, I suffered from anxiety so severe it impaired my ability to eat. Mealtime was an excruciating ordeal. After the third or fourth bite of food my swallowing reflex would inexplicably shut down sending me into a panic. I feared I would choke and die as the food sat precariously at the back of my throat. Eventually I would gag and be unable to take another bite. 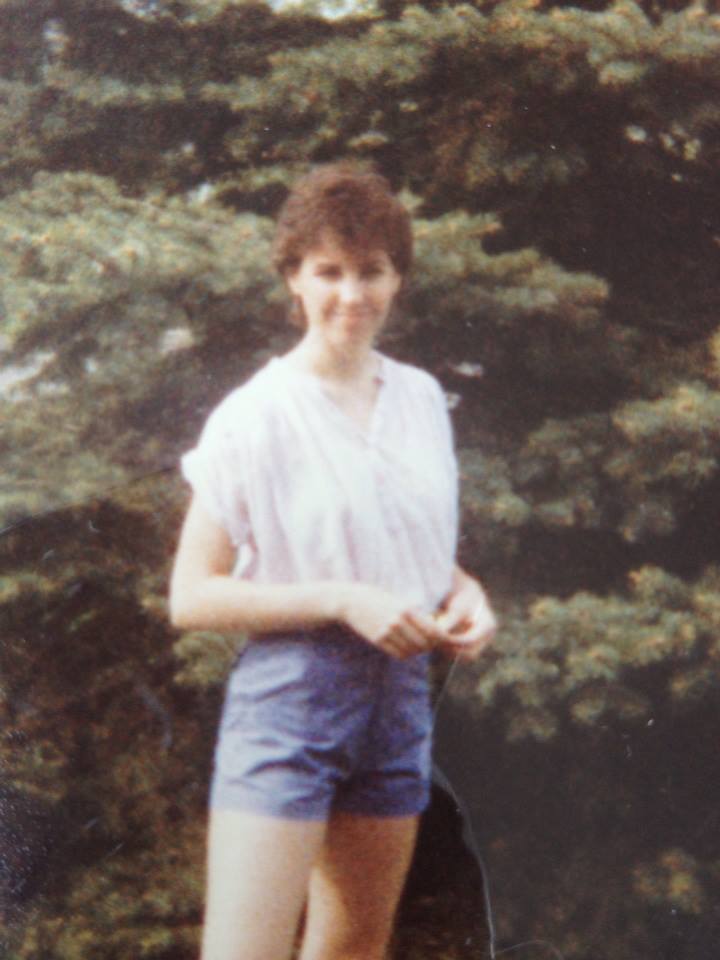 When I was 20 years old, I suffered from anxiety so severe it impaired my ability to eat…. I quickly became emaciated, anemic, and lethargic…

Without enough nourishment, I quickly became emaciated, anemic, and lethargic. After barely passing my third term, I skipped the next semester of college and stopped going out with friends. When every medical test confirmed my body was fine, I was told that the likely cause was anxiety. This made no sense to me because I didn’t ‘feel’ nervous, anxious, or worried. In fact, I didn’t feel anything except frustration about my inability to eat.  My body was failing to do a basic function and I felt powerless over what was happening to me.

After a couple failed attempts at traditional talk therapy where one therapist suggested that maybe I was fed up with something and simply “couldn’t swallow it any longer,” a friend heard about a center that specialized in eating disorders and made an appointment for me. It turned out to be exactly what I needed.

The therapist who worked with me was a true partner in my healing. He suggested I keep an eating journal and I created one that tracked my food, the weather, and my mood at each meal.  He helped me look for patterns in my thoughts and actions to raise my awareness of the connection between the two and then one day he gave me the most amazing gift. He taught me how to use my breath.

He began by leading me in a guided meditation where I was encouraged to slow and deepen my breath while consciously relaxing my body. I recall my astonishment at the profound sense of calm I was experiencing. My therapist then sent me on my way with a simple instruction to perform deep belly breathing with an 8-count breath in and an 8-count breath out at least three times before each meal.  The first day I tried it I was able to consume 2-3 times more food than I had been able to swallow previously. I nearly wept when I realized what this meant. It was the first time in more than a year I felt empowered to overcome my ailment.

Although it would take more than a decade before I ate normally, mastering how to use my breath as a tool for relaxation saved my life

Although it would take more than a decade before I could eat normally, mastering how to use my breath as a tool for relaxation saved my life. In recent years after deepening my study of yoga I’ve come to understand that I suffered from a form of disassociation. Working with the breath helped me get out of my head and back into my body so that I could heal.

I will always be prone to bouts of anxiety that can lead to physical ailments, and have battled a few similar but less intense challenges over the years. It’s been nearly four decades since my last visit with that therapist but I haven’t needed his help again thanks to my yoga practice spanning 25 years that has taught me to live an embodied life. Embodiment was and always will be my personal key to unlocking mental wellness.

Note: Yoga is not a substitute for therapy or medication. Every individual is different and your results may not match mine.